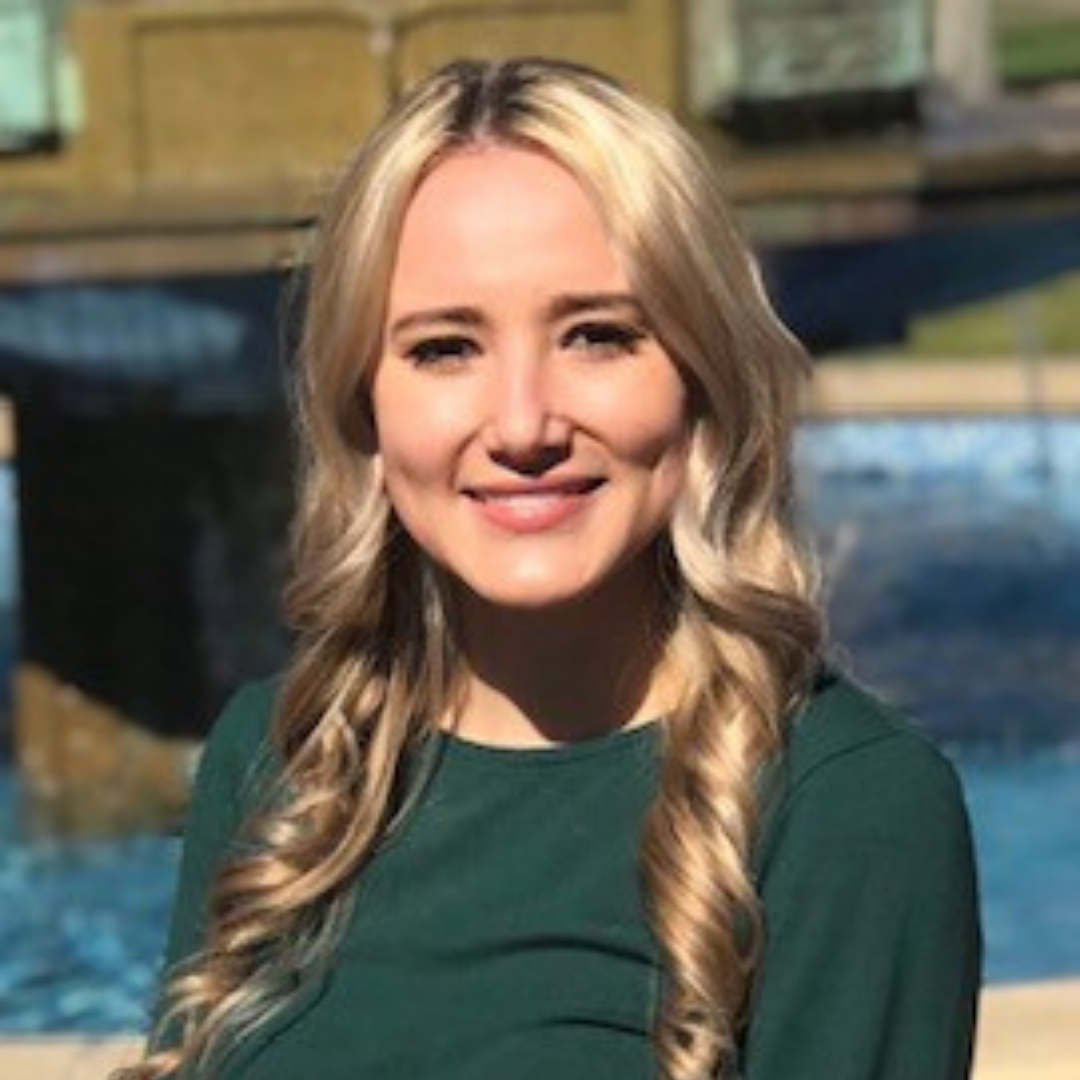 Kristen Stevens is originally from Lorain, Ohio. Her husband is in the Air Force and the couple relocated to Arizona in 2016 when he received his first duty station at Luke Air Force Base. Kristen received her Associates Degree in Ohio and continued her education in Arizona,  first at community college and then at Arizona State University. Kristin is a 2020 graduate with a Bachelors of Science in Engineering. Her experience in transportation began when she accepted her first internship with the Arizona Department of Transportation. She worked in the ADOT Traffic Design and Construction groups for nearly two years. This internship cultivated her passion for transportation engineering and solidified her decision to further pursue traffic engineering. In January, Kristen accepted an internship with Lokahi, a traffic engineering firm and has since been offered a full-time position as a Traffic Designer. 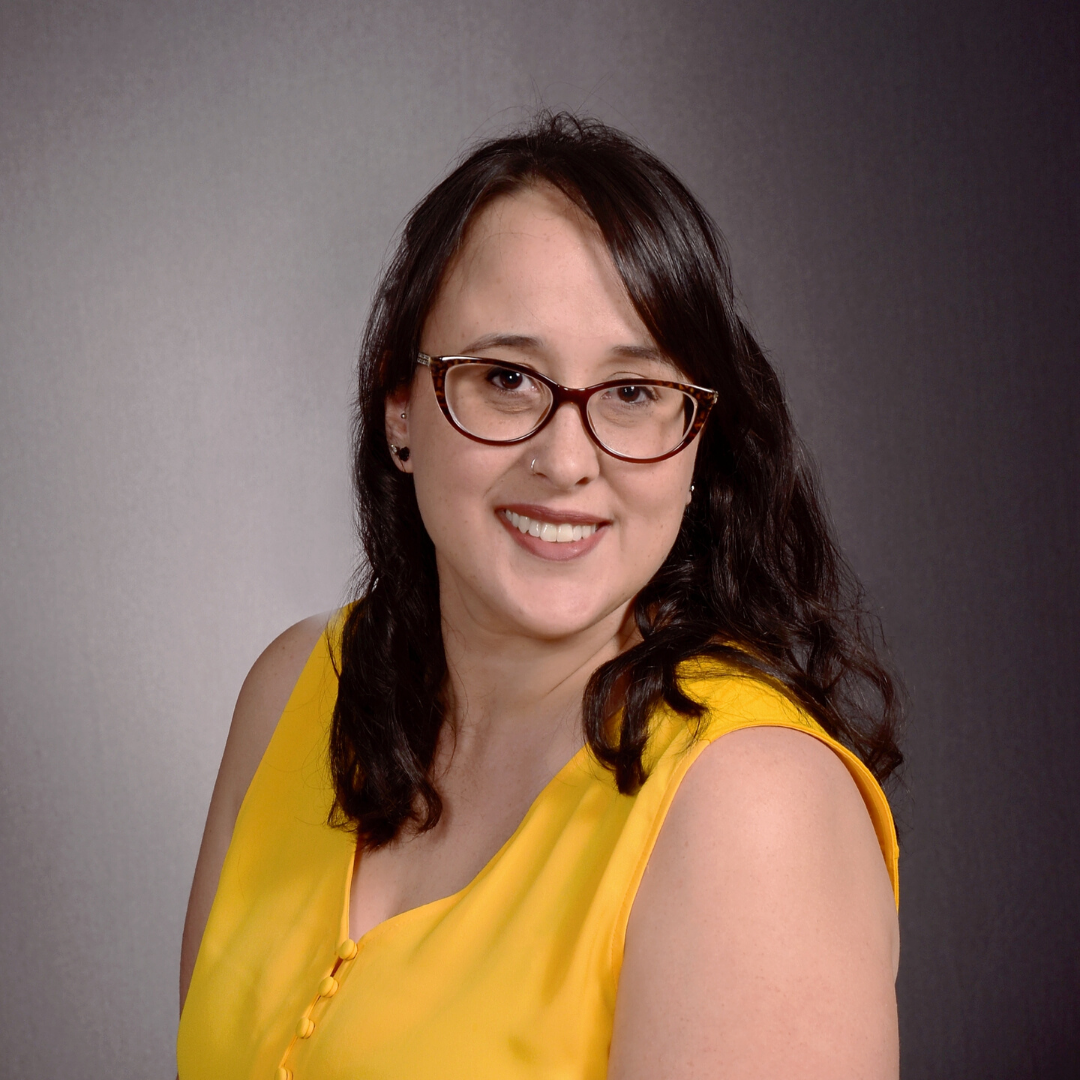 Denise was born and raised in Brazil, where she spent most of her life before moving to Arizona in 2017. Denise received her degree in Civil Engineering in 2015 from University of São Paulo (EESC-USP), with a special studies certificate in Transportation Engineering. She received a full scholarship from Science Without Borders (Brazilian National Council for Scientific and Technological Development) to study for one year at University of Illinois at Chicago during 2013. She also has her master's degree in Transportation Engineering and Planning from the University of São Paulo. Currently, she is a PhD student and Research Assistant at Arizona State University. Denise studies the impacts of attitudes on travel behavior, and perceptions towards the future of transportation, such as autonomous vehicles and behavior after the COVID-19 pandemic. At her PhD program, she holds a 3.91 GPA. Since starting her PhD studies at TOMNET in 2017, she has contributed to 9 research articles presented in 7 different international conferences and symposiums; she has contributed to papers published in peer-reviewed journals such as the Transportation Research Record and Sustainability. Denise was awarded the WTS Overly/Kmetty Scholarship by the Phoenix Metropolitan Chapter in 2019 and 2020, as well as the Jenny Grote student leadership award by Arizona ITE in 2020 for her contributions to the ITE ASU Student Chapter. She has also received a fellowship from the International Road Federation January 2020. Denise has won the first prize on the student poster completion of the 2019 Arizona Pavements and Materials Conference, and third prize on the 2020 SSEBE Graduate Student Symposium poster competition. In her spare time, Denise likes cats, ballet and tap dance. 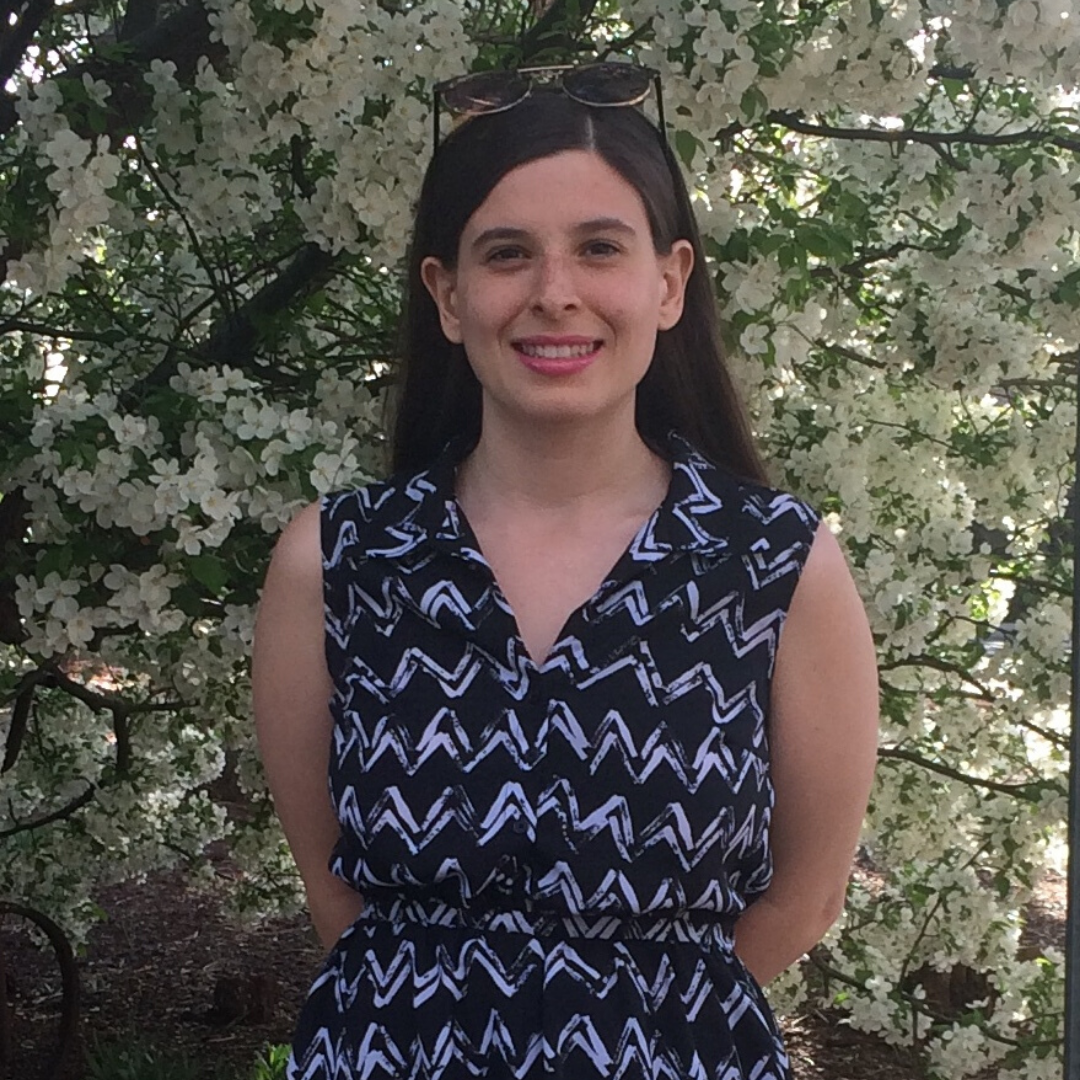 Katherine Riffle is a recent graduate from Northern Arizona University. She studied Mechanical Engineering as her major, with Civil Engineering and Mathematics as her minors, and graduated from the Honors College. During her Freshman year she was part of many clubs, including the lightsaber-dueling club North Wind Saber; in Sophomore year she became a campus bus driver. She earned a Transit Engineering Internship at the San Francisco MTA during the following summer, which inspired her to further pursue transportation engineering. Her supervisors encouraged her to join the NAU ITE Club and she chose to emphasize transportation in her civil engineering minor. The next summer, Katherine worked with the Transportation Research and Education Center to do research with Portland State University, where her supervisors and peers motivated her to continue transportation research. During her senior year, Katherine led the NAU ITE Club as president with much support and enthusiasm from the other officers. She helped Professors Smaglik and Russo with transportation research during the spring semester. She will continue to work with them during her Graduate Research Program at NAU where she will study Civil Engineering. Because of the scholarship from WTS, Katherine was able to complete her final semester at NAU without sacrificing any of her work toward her degree and research. 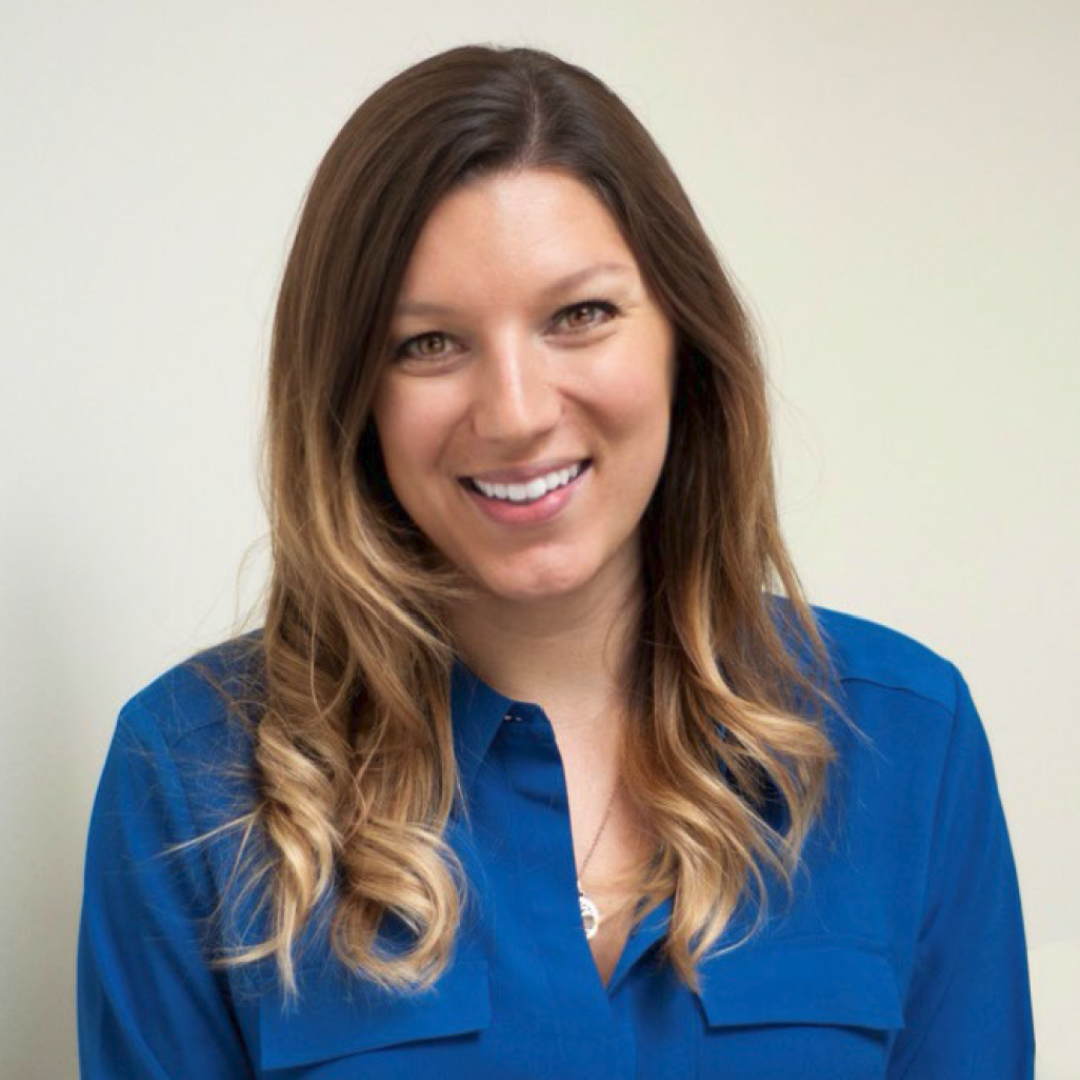 Vanessa currently serves as a Transportation Planner for the City of Tempe, Arizona. Vanessa is committed to creating a sense of place within communities. Her career has focused on program research and long-range planning with considerable experience in multimodal transportation planning, community planning, urban design, environmental planning, and public outreach and communications. This background allows Vanessa to seamlessly work in the areas linking economic development, community development, and capital infrastructure spending. Vanessa’s project experience has spanned 25 states and touched all levels of government including projects for city, county, tribal, metropolitan/regional, state, and federal government agencies. Vanessa’s previous experience as an adjunct professor provides added value as she can effectively communicate complex subject matter to the public and often works on projects helping communities navigate their “first time” tackling new topics/issues.

In the pursuit of her Master of Public Administration degree, Vanessa has conducted research about emerging transportation topics. In Fall of 2019 she produced a policy strategy for creating a new Transportation Demand Management program. In her most recent course, Vanessa completed a research paper about transportation funding including the need for a vehicle mile travelled tax with congestion pricing strategies, as well as modifications to the gas tax. These research projects reinforce Vanessa’s career ambitions, including incentivizing the traveling public to use the transportation network more efficiently, creating an equitable transportation system, and improving efficiency and effectiveness multimodal transportation systems. 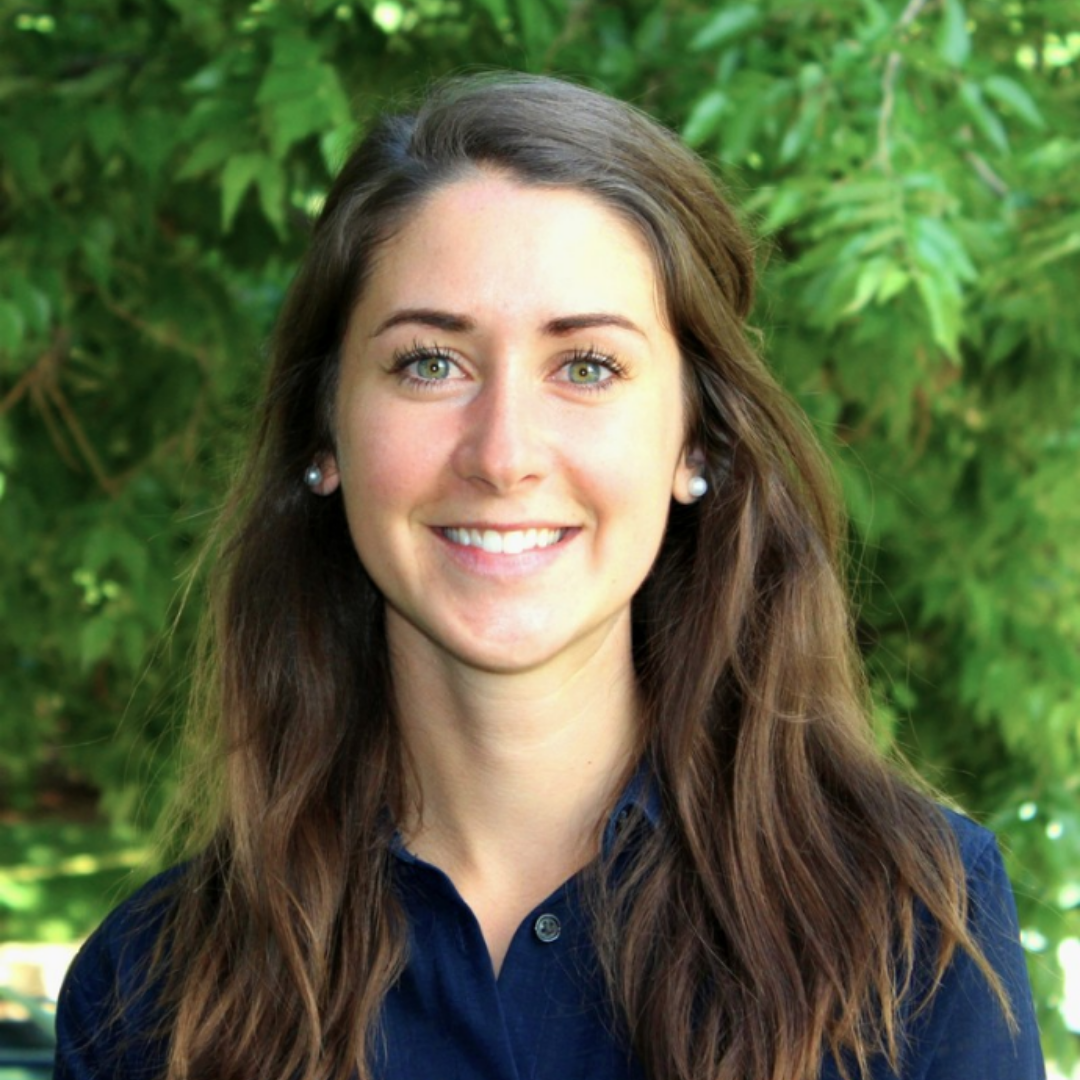 Christina Baum is a graduate student in the Master of Public Health program at the University of Arizona. During her first year of the program, she became interested in urban planning and its ability to create and promote healthy communities. She is now taking courses in the urban planning department and has developed a passion for advancing active transportation infrastructure. She currently interns with Pima County Development Services to research barriers to using Tucson’s long-distance multimodal path called The Loop. Christina also enjoys volunteering for Living Streets Alliance, Cyclovia, and Tucson’s Department of Transportation. She plans to continue taking transportation and planning courses, and is interested in pursuing a second degree. Christina spends her free time hiking, rock climbing, biking, and planning for her first long-distance bike tour. 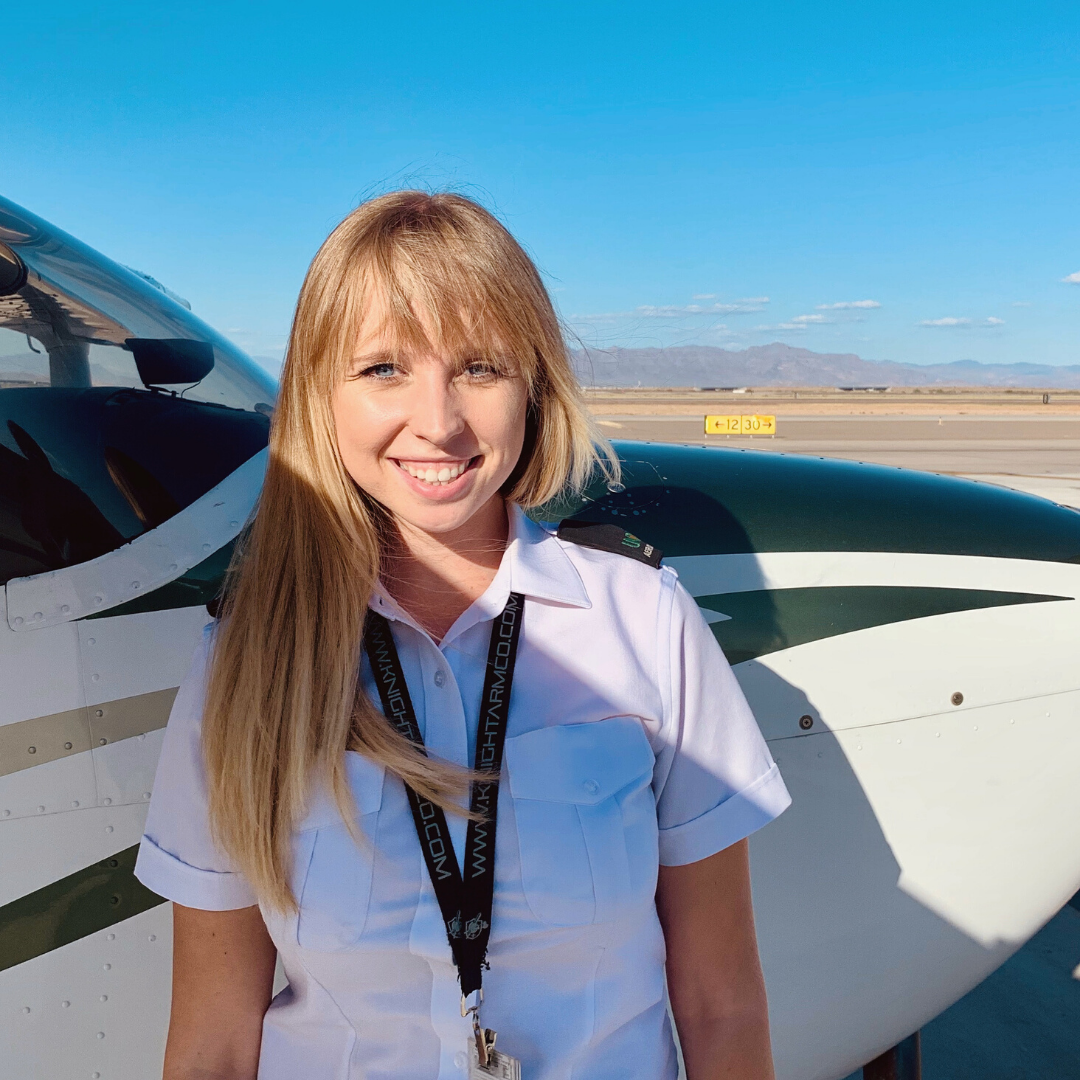 Born and raised in Phoenix, Arizona, Megan fell in love with the idea of becoming a pilot in high school. One short discovery flight later, and she was hooked. Megan began attending the East Valley Institute of Technology (EVIT) during her senior year and earned over a dozen aviation college credits as well as a private pilot certificate in conjunction with Chandler Gilbert Community College and UND Aerospace Foundation. Megan graduated high school as a National Merit Scholar and won the Community Service Award from my graduating EVIT class. Megan attended Arizona State University (ASU) and earned a Bachelor of Science in Aeronautical Management Technology (Professional Flight) Summa Cum Laude as well as the Commercial Pilot Single- and Multi-Engine Land with Instrument Rating. During this time, Megan also earned a Certificated Flight Instructor (CFI) and CFI – Instrument with UND Aerospace Foundation at the Phoenix-Mesa Gateway Airport. While in school, Megan also worked as a flight instructor and lead flight instructor at UND Aerospace Foundation and continued straight into a Masters of Science in Aviation Management and Human Factors at ASU, earning both degrees within 4 years. Megan is currently in my very last semester at ASU and finishing up her second thesis. Her undergraduate honors thesis was entitled Navigating the Airport Environment at Night and her graduate thesis is entitled Training Deficiencies in Airport Surface Operations at Night. Lastly, Megan was accepted in the Delta Air Lines Propel program as a cadet which will allow her to someday fly for Delta once she gains experience and turbine hours to be eligible for hire as a pilot. Megan is excited to find opportunities in airline management once the aviation industry begins recovering from the current environment, and looks forward to her post-graduate life.