Applications are open!  Submit by January 13, 2023. The applications are open to members and non-members alike and are a great way to honor those who support our organization’s goals and heighten awareness of WTS in the transportation community.  The following provides a summary of the award categories:

Nominations must be typed and have the cover sheet completed.

NOTE: The Equity, Diversity + Inclusion Subcommittee on Scholarship + Awards has incorporated a new, optional demographics section for all applications – this is NOT part of the judging process.  The winners will be presented at the WTS Michigan Scholarship & Awards banquet in Spring 2023.  Winners from the Michigan Chapter will also advance to the WTS International level to compete. 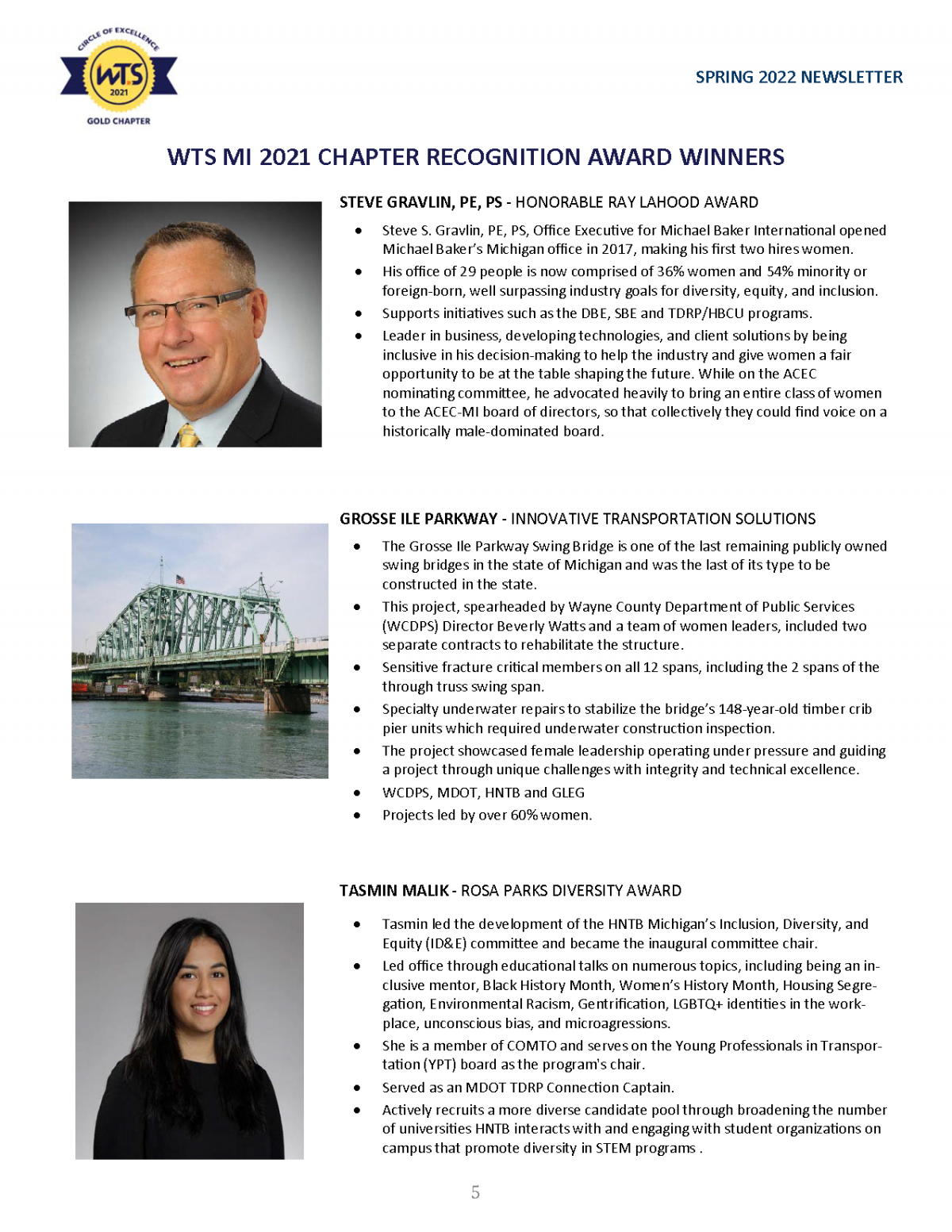 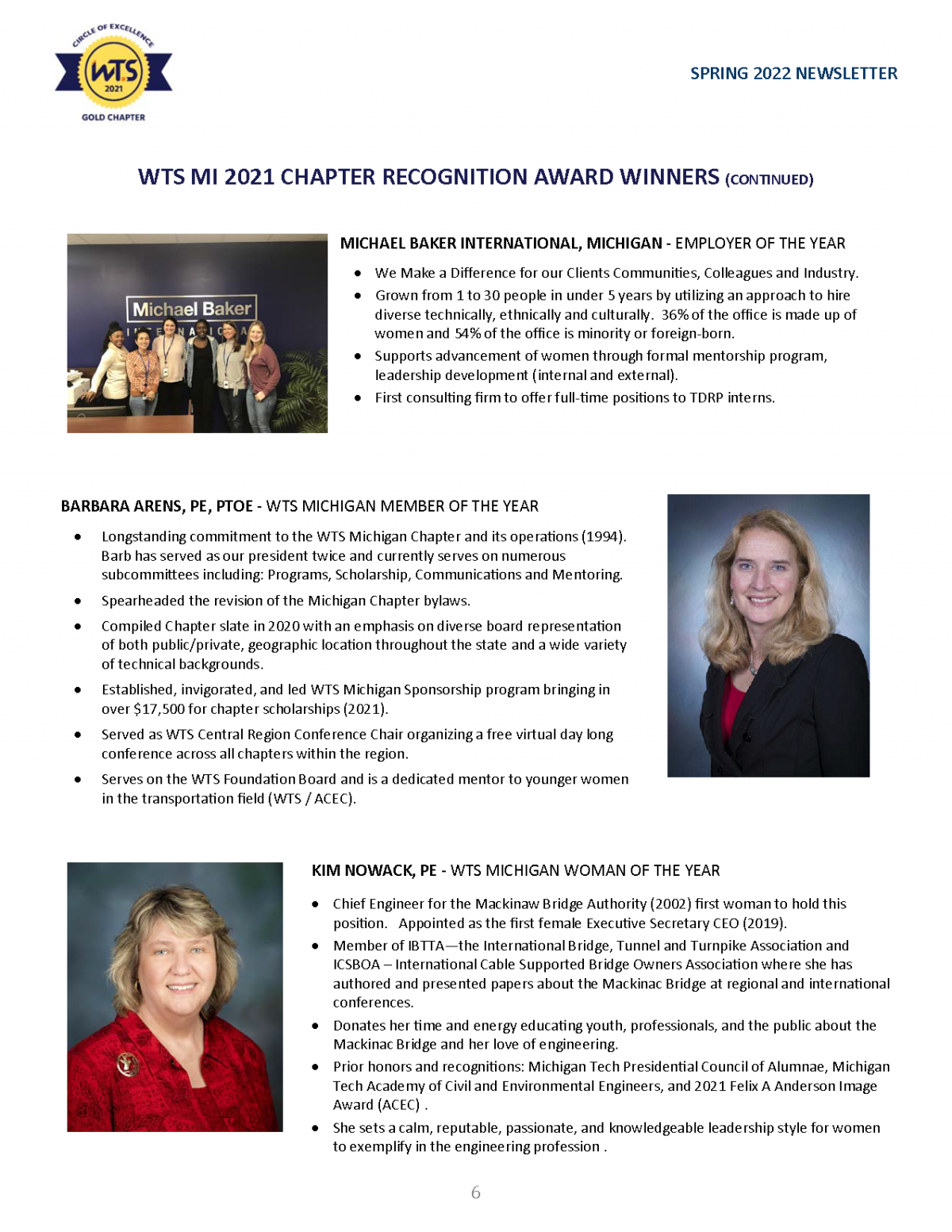 Member of the Year

Woman of the Year

Employer of the Year