MESSAGE FROM THE PRESIDENT

Knack to the Future: WTS Has the Answer 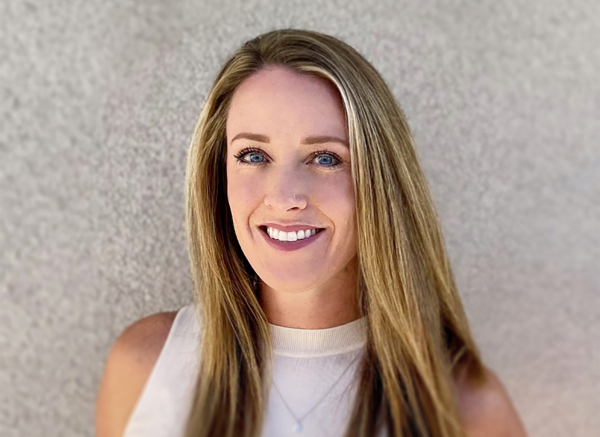 I wish we could strike the word normal from the dictionary. Return to normal? New normal? Get back to normal? In truth, there is no normal, new, old, or otherwise. I’m not sure there ever was. There’s only what’s happening now. And if the pandemic has taught us anything it’s that we must adjust and adapt to whatever circumstances we face in the moment, while preparing for the future. So, rather than harken back to the way things used to be, I’d much rather focus on what’s next.

WTS International defined four pillars as our goals and objectives for the future: attract, sustain, advance, and connect. Guiding principles all, but I’d like to talk about connection. And if you’ve not had a chance to really read the WTS International website recently, I highly recommend it. And in that regard, our WTS International "Connection" marching orders state, “Create Strategic networks to facilitate and enhance meaningful and lasting professional relationships to foster career and personal growth. Increase partnerships to advance the transportation industry.” So, what does that mean practically? We’re talking about networking.

Networking is the single greatest benefit and obligation of WTS membership. It’s so vital that even during the pandemic, WTS chapters pivoted quickly to integrate networking virtually. So, it’s important to remember exactly what networking is and what it’s not. And when it comes to networking, wisdom abounds.

While those are all wonderful and valid, an old proverb captures it for me, “If you want to go fast, go alone. If you want to go far, go with others.” Yes, instinctively we all want things to happen immediately. But in looking at the long term, it’s much more important how far we go together. So, when it comes to networking in WTS and WTS-LA, there are a few important things to remember.

Networking is not passive. It’s also not a one-way street. Each of us should take it upon our self to help others during networking events. Make it easier for others. Lead the discussion. Introduce yourself. Start the conversation. Networking is about giving your time, energy, expertise, and connections.

In addition, no man or woman is an island, and neither is a chapter. When you go to a WTS or WTS-LA event—even virtual events—do not limit your participation or your reach. WTS has always been about bringing people together. In our virtual, digital world today, that literally means from around the globe. And it should. You never know what connection may help you land the job you want, talk to the person who can help you most, or solve a problem you can’t solve locally. And the reverse is true.

To some, this may sound cliché. But we in WTS know the power of networking. We have seen it time and again. But let’s bring it down to a tangible reality. One of the remarkable benefits of the pandemic—yes there are actually positives—is the simplicity of connecting with others virtually. With the click of a button, you can Zoom, Team, or Meet with people from around the block and around the world instantly. You can welcome a local CEO or a president from another state. No plane tickets. No hotel reservations. No blocks of time traveling. It’s just that simple now. And that’s exactly what we’re doing.

At the end of this month, WTS-LA will host a program featuring Metro Mobility Corridors Senior Director Martha Butler and Utah Transit Authority Project Manager and former WTS Utah President Janelle Robertson. We will bring these wonderful transportation experts together into our virtual workspaces and learn from them. In Janelle’s case, we gain the immediate benefit of non-local expertise and we offer up the same to her. That’s phenomenal. It’s a new world, one that is better than normal.

So, use this program as an opportunity. Invite someone new to the event, whether they’re in Los Angeles or Dubai or Nairobi. And during the networking phase of the program, participate like you’ve never done before. Reach out. Talk to people. Welcome newcomers and make them feel comfortable. I promise you that in addition to enjoying the program that much more, you will reap untold benefits well into the future.

That future is yours. Shape it through WTS-LA.