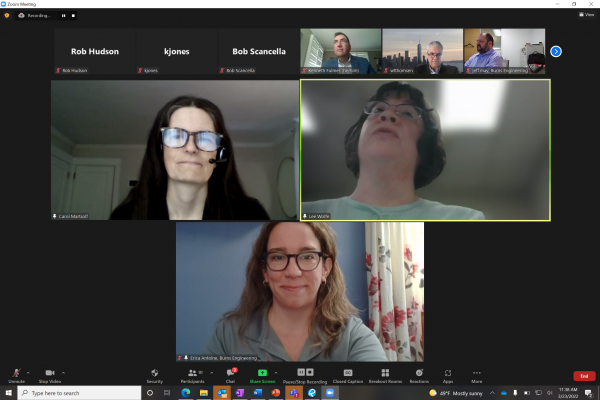 Carol first touched on the long history of engineering ethics and explained that it is a spectrum because there are gray areas within the realm of ethical behavior – not all decisions are black and white. In addition to providing a wealth of information, she emphasized that engineers must practice a standard of care and hold paramount the health, safety and welfare of the public, and to perform services only in areas of competence. She demonstrated how once your name is placed on a state disciplinary website (she used NJ Division of Consumer Affairs and the PA Department of State websites as examples), it never is removed from the website and can potentially plague you for the rest of your career, so adhering to the rules of ethical behavior is essential.

She stated that it is important to accurately show your job title and qualifications on proposals and to only call yourself an engineer in states in which you are licensed to practice. She noted that the American Society of Civil Engineers (ASCE) added a new item to their Code of Ethics, requiring that engineers shall treat all persons fairly to address inclusion and diversity. During the presentation there was audience participation when she asked several poll questions.  She also included case studies, and attendees learned that 70% of engineers have faced an ethical issue at least once during their career. She ended by thanking the audience for their time and by taking questions. Two PDH credits were offered for the event.